Give BSE Award
Add to Favorites0 A one-month ceasefire was agreed upon during talks requested by both parties, Afghan Foreign Minister Amir Khan Muttaqi says.

Islamabad, Pakistan – The Taliban is acting as a mediator between the Pakistani government and the Pakistan Taliban, known by the acronym TTP, Afghanistan’s acting foreign minister has said.

In an interview to the BBC’s Urdu service on Sunday, Amir Khan Muttaqi said the Afghan Taliban had stepped in at the “request” of both parties. Pakistan takes far-right leader off terror list to end protests

“No final agreement has been reached; however, the start has been very good, and in the first part of the [talks] there has been an agreement on a one-month ceasefire,” said Muttaqi.

“Both sides agreed that talks will remain ongoing.”

Last month, Pakistani Prime Minister Imran Khan revealed that Pakistan had begun negotiations with the TTP after the Taliban takeover of Kabul in August. Tens of thousands of civilians, security forces, and fighters have been killed in the past 14 years of armed rebellion waged by the TTP.

The Taliban and the TTP are two distinct groups, with separate leadership structures and objectives, although their ideologies are similar and the TTP has aided the Taliban in its fight against US-led NATO forces in the past.

Formed in 2007, the TTP is an umbrella organization of armed groups formed across Pakistan’s northwest that seeks to impose a strict interpretation of Islamic law on the country.

The group has carried out some of the bloodiest attacks on Pakistani soil in the country’s history, including a 2014 assault on a school that killed more than 135 schoolchildren.

In 2014, Pakistani security forces launched a widescale military operation against the TTP, successfully displacing it from its erstwhile headquarters in the North Waziristan district, and significantly degrading its operational capability. Since then, analysts and security officials say, the group has mainly been based in eastern Afghanistan.

Since the Taliban takeover of Kabul in August, attacks on Pakistani security forces and some civilians in the North and South Waziristan districts have spiked, according to data from the South Asia Terrorism Portal research organization.

Last week, Pakistani Information Minister Fawad Chaudhry confirmed that a monthlong ceasefire agreement had been reached between the TTP and the Pakistani government, an apparent result of the talks Afghan Minister Muttaqi referenced on Sunday.

In his wide-ranging interview with the BBC, Muttaqi acknowledged that ISIL (ISIS) armed group was a threat, but said his government had taken steps to control the situation.

“When we conquered Kabul, Daesh [a common alternate name for ISIL] began to raise its head in [some] areas but the Taliban government has taken the best actions to control them. We have now restricted Daesh in most areas,” he said.

“There are sometimes incidents in some places, like mosques, which can happen anywhere in the world.”

On Friday, at least three people were killed and 15 wounded when a bomb exploded during midday prayers in the Spin Ghar area of Afghanistan’s eastern Nangarhar province.

On Saturday, an attack on a mainly Shia Muslim neighborhood in the capital Kabul killed at least one person and left four others wounded.

A local ISIL affiliate, the Islamic State in Khorasan Province, ISKP (ISIS-K), has claimed responsibility for a series of attacks in Afghanistan since August, particularly targeting the Shia minority.

0/ 0
Sort by:
0Reviews
0
There's no ratings yet. Be the first!
Create an account to see price A retired lecturer and love articles and blog writing as a hobby now. I have written various blogs and articles for recognized organizations and private parties as well. Feel free to contact me if you need my services regarding the aforementioned subjects at any time.

Let us know why you would like to report this service?

Collect 17.5% of whatever you promote

make extra from your traffic

Keep 95% of sales from people you send to your
store and get 17.5% of anything else they buy

Your services get actively promoted buy
thousand of affiliates

If it exist, we have it

Paying is easy and simple with
a paypal account

Get big commissions by sharing your
favorite stores with your friends

Score! You Are Registered

Here's how to have the best buying experience and hire only awesome freelancers with KonKer!

KonKer is full of amazing, high quality, responsive sellers with thousands of delivered orders. Here's how to make sure you only hire the best one's and always have a good experience. 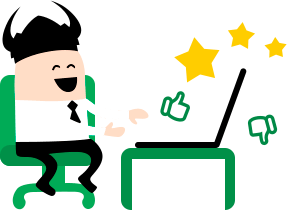 Find sellers by their overall star rating and thumbs up 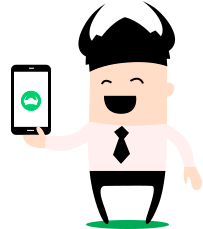 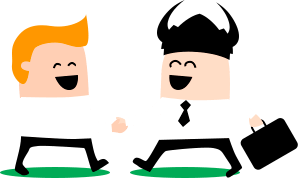 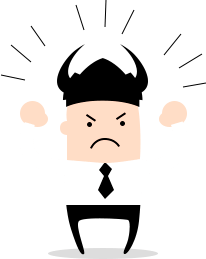 If a freelancer fails to deliver the work in the guaranteed time you will be auto refunded. Also if they do not deliver as advertised our support team can trigger a refund at any time.

How To Avoid High Risk Sellers

At Konker 1 in 100 orders receives a bad review and our quality assurance team actively bans bad sellers based on service quality with terminator-like-effectiveness. A bad seller will get through the cracks from time to time though, here's how to avoid them 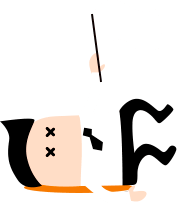 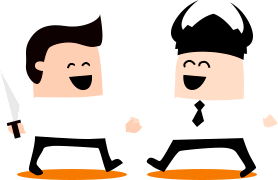 Actively read a sellers good and bad reviews to see what to expect when working with them.

We have thousands of amazing sellers, all sellers are not created equal though. If you are unsure about a seller do your research!

Here's How To Sell, Promote and Make Monkey With KonKer

KonKer is the first online free lancer market that makes you more money than selling from your own website...Here's why 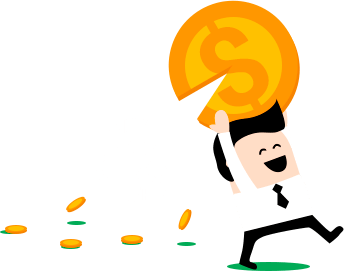 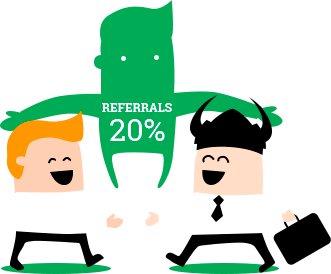 If you send a customer to your store and they buy a $20 product you keep $19. Then if they buy a $100 product from another vendor you make an additional $20. You also make 20% of whatever else they buy and 95% of your own sales as long as your cookie is active! 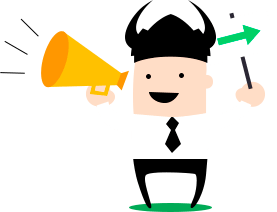 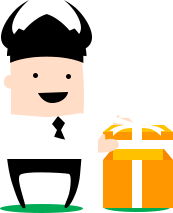 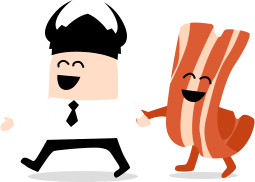 AKA : KonKer helps you bring home the BACON!

Here's How It Works 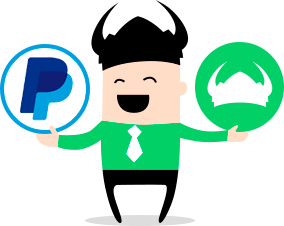 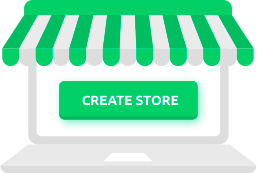 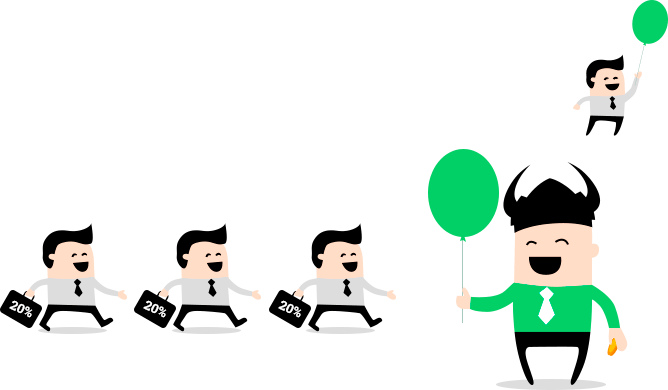 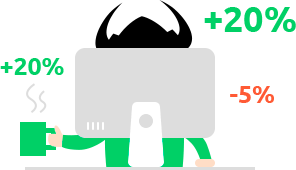 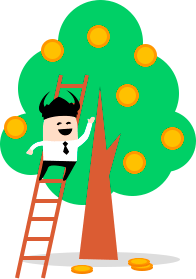 And Then Keep Calm and KonKer On!

Did you know you can make money sharing Konker with your friends? 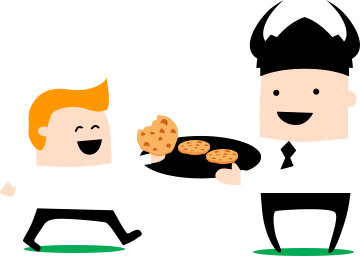 Every store has a "Promote" link. Anyone who clicks this link will be tagged with your cookie and you will make 17.5% of whatever they buy on Konker 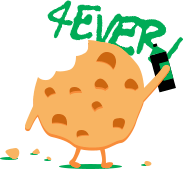 You can even just send friends to the KonKer home page and get 17.5% on anything they stumble upon and buy!

Here's How To Get Started Promoting 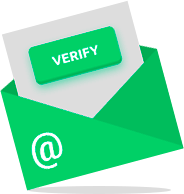 Make sure to verify your email 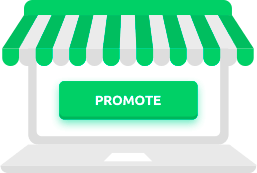 Start promoting your favorite stores and receiving
a cut of their sales!

There's no limit to how much you can make or how many people you can send!